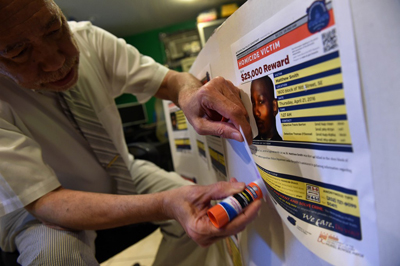 Activist Philip Pannell, 65, glues the final homicide victim’s poster to a panel he has created to put a spotlight on unsolved homicides in the District. (Christian K. Lee/The Washington Post)

District politico Philip Pannell stores a grim collection of D.C. police department fliers in his Anacostia basement office, each representing someone slain in the city’s eastern neighborhoods since 2010.

They show the names and faces of 143 homicide victims _ all of them black, most of them men. Few have been spoken for by the justice system, as only 10 cases have been closed.

The fliers have been pasted to cardboard panels, a haunting project that Pannell has carried to civic groups, community meetings, churches and even a fashion show in a quest to remind his neighbors that slayings should not go unsolved and to build political support to demand action from city government. He hopes these panels of death will prompt witnesses to speak out, the guilty to confess and the city to launch a cable-access program to address what he sees as an epidemic of silence.

“The purpose of this is just to let folks know we don’t live in a community where people get away with murder,” Pannell said in a recent interview. “You really don’t see these fliers displayed in the community. We have accepted this.

Pannell, 65, is a longtime, grass-roots political organizer who has espoused many causes. He came to the District after graduating from Fordham University in 1975, and a year later started as an outreach worker for a sickle-cell-disease project for Howard University, which would be among the first of many causes he fought for, including the AIDS Quilt in the 1980s and a campaign to stamp out homicides during the crack wars in the early 1990s. For the past 20 years, he has worked as executive director of the Anacostia Coordinating Council, made up of organizations and individuals working to support Anacostia and the surrounding areas.

Over the years he has made unsuccessful bids for public office. He also has served on an Advisory Neighborhood Commission (ANC), as president of the Ward 8 Democrats and on boards for organizations east of the Anacostia River. The Newport News, Va., native went to high school in the South Bronx and lived in Harlem before settling in the District, where he most recently made a push for environmental protection and awareness in the city’s poorest neighborhoods in the 21st century.

Crime in the city is a problem he has long been concerned about, but the May 2015 fatal shooting of journalist Charnice Milton as she waited at a Southeast bus stop reignited Pannell’s desire for change.

“There is a commonality to the kid having no respect for the environment leaving trash on the street and leaving a body in the street,” Pannell said.

Milton interviewed Pannell many times, he said, and he found the 27-year-old community reporter to be smart, engaging and caring about the important issues in the city. Her killing remains unsolved.

So last August, as organizers planned a National Night Out event with 7th District police officials in Southeast, Pannell suggested putting together a memorial to victims of unsolved homicide cases. A police official collected fliers back to 2010 and employed a group of youth volunteers to create the first panels, organizing the victims by the year they were killed. He expanded the project to include the police’s 6th District, focusing on the poorest communities, which have been most afflicted by violent crime.

On some panels, the youths pasted pictures of angels or heavenly bodies and added messages such as “Angel of Joy” or “In God’s Hands.” Pannell said the homemade project was met with such warmth by the community that he could not just throw it away.

So he began displaying it any place that would have him. He thought it might help bring answers to Milton’s family and others.

“I said you don’t just throw this away. It’s not just Charnice, it’s all these folks,” Pannell said. “We hope this will motivate folks to come forward .?.?. let folks know their loved ones are not forgotten.”

Viewers of the project react with a startling range of emotions, Pannell said.

Some people freeze in place. People take out cellphones and take pictures of a victim they know. Some just cry.

Sometimes, people appear unmoved by the killing, he said.

“There are many people in this community who feel that the death of these people are just the consequences of the lives that they led,” Pannell said. “They were in the game and this is what happened.”

According to D.C. police statistics, since 2010 there have been 423 people slain in the 6th and 7th districts, the areas that include the neighborhoods where Pannell has put his focus. Of those cases, 181 remain unsolved, though not all of them are included in his project.

One night in June, Pannell carried his panels to an 11th-floor conference room at Judiciary Square, where he lobbied about a dozen members of the D.C. Federation of Civic Associations to pass a resolution. The panels lined an entire wall of the long conference room and stood in the foreground of a view of the U.S. Capitol dome.

The resolution asks the city to produce a D.C.’s Most Wanted-style program on cable-access television to publicize open cases and spread this message to the mayor, D.C. Council, the ANC and other police and civic groups.

The federation supported his request, but not without examining one factor that drives lack of community support to help close such cases. Phillip Haughton, of the Fairlawn Civic Association, warned that many residents would like to help police but fear harassment or retaliation.

“I’m not trying to justify anybody’s action. I’m just trying to show you that some people really do want to say something, but are afraid to say something .?.?. because they feel as though police officers will not protect them,” Haughton told the group.

Pannell has gained little traction with city leaders in his push for a cable-access program, though the mayor’s office said his efforts are acknowledged.

“The administration is reviewing Mr. Pannell’s proposal,” Deputy Mayor Kevin Donahue said. “Like Mr. Pannell we want to ensure that victims of homicide are not forgotten, that their families receive closure, and that justice is served. Community engagement and the ideas of residents like Mr. Pannell are valuable to this process.”

As far as he knows, Pannell’s project hasn’t yet prompted anyone to come forward with information that has led to an arrest, but he remains hopeful. One evening in May, as Pannell worked late in his Anacostia Coordinating Council office, those grieving an unsolved murder gathered outside his door.

About 100 people had come together in the street to mourn Thomas Meriedy, who was memorialized as “Tom Tom.” Mourners wore T-shirts that said “Long Live Tom-Tom” and “Rest in Love Tom-Tom.” Silver and gold balloons shaped as letters spelled out his nickname.

At the center of the grief stood Meriedy’s mother, Victoria Dishman, who pleaded that no one take action in retaliation and that someone step forward to help detectives arrest her son’s killer.

“Don’t take matters in your own hands. Let the police handle this,” Dishman told the congregation. “Please bring me some peace.”

Detectives passed out fliers seeking tips, and Pannell collected one from Detective Stephanie Garner, which showed the bespectacled 24-year-old Meriedy and described his daylight killing on May 18 in the 2300 block of Mount View Place.

As the vigil ended, Pannell invited Dishman into the basement office, where he unveiled some his panels of unsolved sorrow and made his pitch to her for support.

“I have been taking this around to different churches, different meetings to let folks know we can’t live in a community where people can just kill folks, thinking that they can get away with it. It can be so frequent, so routine that we become numb to it, as if these people didn’t matter,” Pannell said.

The mother gently ran her fingers across the edges and stammered, “This is beautiful.”

“I am going to be a voice for my son. I’m going to come support my baby that is gone,” Dishman told Pannell. “When you start going around, I will be an advocate for you.”

Days later, Pannell tacked Meriedy’s flier to the 2016 panel. The 143rd face to join the memorial.

Pannell has a stack of fliers from killings in June and July still to paste to poster board. 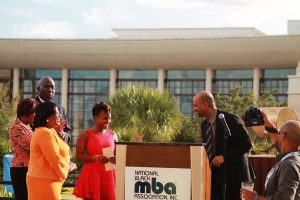 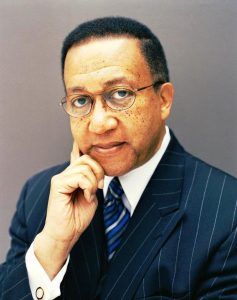 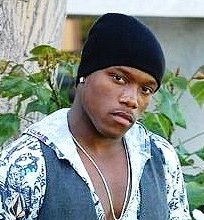