We often hear the phrase, ‘this country was built on the backs of slaves’. Men and women who were stripped of all rights and liberties, and forcibly made to execute the hardest labor around, are undeniably responsible for the construction and subsequent power of the United States of America. But what we as a collective nation often forget is the daily humiliation and abuse endured by our founding mothers and fathers. In addition to repeated beatings, killings and torture, there were public humiliations; slaves shackled and dragged through the streets, an overall dehumanization of an entire race, and a climate of hate and fear mongering.

Fast forward to present-day Phoenix, Arizona. For several years now, Maricopa County is proudly and willingly profiling, harassing and rounding up another ethnic population. Under the tutelage of Sheriff Joe Arpaio, officers and overly zealous vigilantes are openly infiltrating Latino neighborhoods, stopping individuals for routine traffic violations (or for no reason at all), and then demanding proof of citizenship. A local Sheriff has taken it upon himself to play the role of border patroller and enforcer, and tear apart the sanctity of his locale. What’s more, is that these ‘inmates’ are placed in outdoor convict tents under atrocious conditions which include inadequate food and hygiene, as well as ‘chain gangs’. Reminiscent of slaves being dragged to the auction block, Sheriff Arpaio has even brazenly paraded these men and women–shackled and in prison clothes–from the County Courthouse to these tent city jails. These individuals have been forced to wear pink underwear and suffer in the tents where temperatures can rise well above 100 degrees.

Sheriff Arpaio openly boasts of his success in rounding up illegal immigrants, but what he fails to acknowledge is the continual harassment of anyone who appears Latino, irrelevant to his or her immigration status. His office proudly states that it has thousands in these tent facilities and that it has diminished costs to fewer than 15 cents per meal per inmate. It is in fact this falsity of reducing prison costs that has won Sheriff Arpaio much acclaim, but the reality is that he and his county have suffered million dollar loses after civil suits filed by family members of inmates who died under the horrid conditions of the tent city. Charges of beatings, killings and an overall insecure climate of these facilities have resulted in an urgent demand of justice.

Open beleaguering of an entire group of people goes beyond the pale of law enforcement. And what is equally troubling and dangerous is the creation of an environment of abhorrence and animosity. With talk of ‘taking your jobs’, Sheriff Arpaio and his self-proclaimed ‘posse of 3,000 volunteers’ have transformed a police department into an immigration enforcement agency that demeans anyone who may appear Latino. These fear-inducing words are used to incite and divide, and we as African Americans cannot allow ourselves to fall into the trap of Black vs. Brown. We cannot condone the outright discriminatory practices of Sheriff Arpaio and his minion of followers who publicly humiliate and demonize others. The subliminal messaging of such actions can have grave detrimental effects beyond overt abuse that may one day play out in a life or death situation. We cannot and do not stand with those who paint all Brown folks with the broad stroke of ‘otherness’. For Latinos today are bearing the brunt of hard labor, and helping to build much of the foundation for our future as a country just as we did scores ago. I whole-heartedly support the Justice Department’s investigation of Sheriff Arpaio and his misguided practices.Â Since 1933 The Voice of Our Community Speaking for Itself.
88 Years of LA Sentinel.
Black News.
Videos
Honoring Shock G: ” I am the One Who Put the Piano Behind Shakur”

Thanks for signing up!
Black Fact of the Day
May 5: Community activist Adam Clayton Powell, Sr. was born in Franklin County, Virginia, 1865 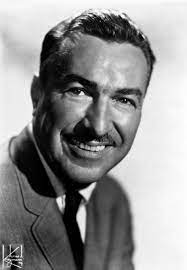