Sewell is the first African-American woman to represent the state.

Terri Sewell (D-AL) is the first Black woman ever elected to Congress from the state of Alabama. She is also the first freshman Democrat who has never been elected to office. Sewell, is a part of one of the largest groups of House freshmen in the past 60 years. Wrapping up her new member orientation, Sewell is ready to represent the 7th district and aiming to make a difference.

She is a native of Selma, Alabama and comes from a family that strongly emphasized education. Sewell’s family is also very politically active and involved. Her mother was the first Black woman elected to the Selma City Council. Sewell was previously in Washington D.C. as in intern for district 7 under Congressman Richard Shelby.

A graduate from both Princeton and Harvard Law School, Sewell is a public interest lawyer in Birmingham, Alabama. She hopes to accomplish many issues as Congresswoman-elect including transportation, infrastructure and health care.

As a firm believer in President Obama’s healthcare bill, Sewell plans on being one of many hands pushing it forward. As she has stated to the press, “I believe that the 7th congressional district has definitely benefited from healthcare reform,” said Sewell. “While the bill was not perfect, it was a good first step for increasing the amount of access to quality healthcare.”

Sewell is also in the seat to address the Black farmers settlement. She believes it’s the beginning of Black farmers receiving their overdue process and resources.

She has stated that she is ready for the fights ahead with the House majority being held by the Republicans. She’s stated that she’s ready to roll up her sleeves and get to work.

Last week, Sewell threw in her support of Nancy Pelosi as house minority leader . Sewell has stated that she looks forward to working with the democratic leadership. The President and the General 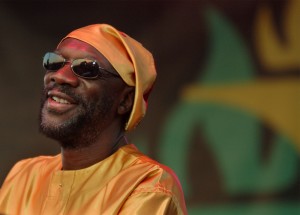