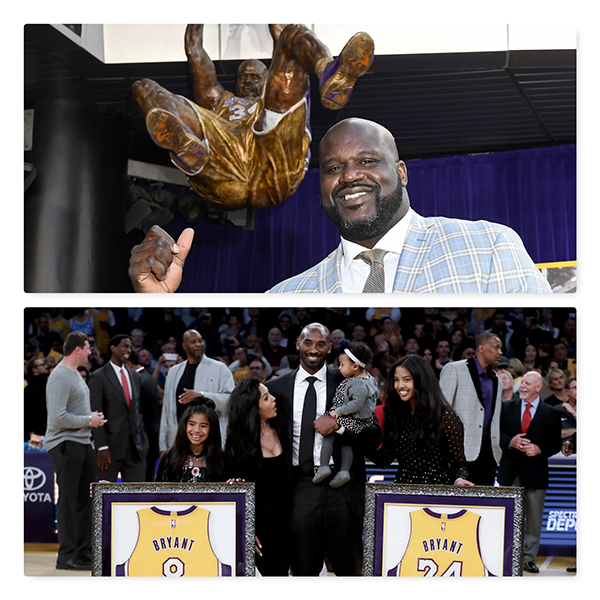 Lakers Honor Kobe and Shaq: The dynamic duo helped the Lakers get a threepeat, an accomplishment that no NBA player was able achieve since. In March, a hanging statue of Shaquille O’Neal was unveiled at the Staples Center. In December, the Lakers retired Kobe Bryant’s No. 8 and No. 24 jersey. Both players attended each other’s ceremonies. Their efforts added on to the Lakers winning legacy. Out of the NBA, the Lakers have the second highest number of championships