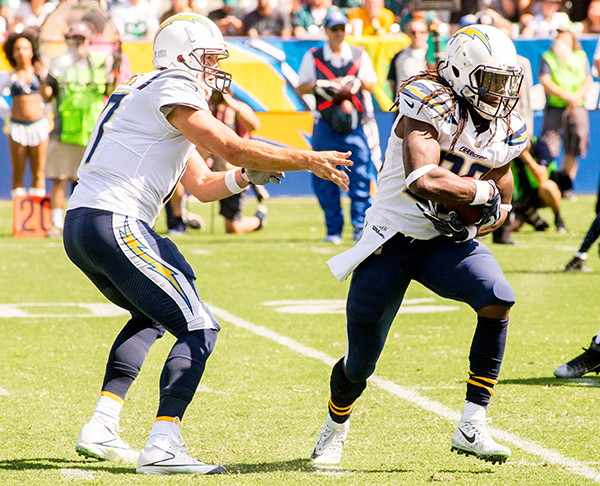 Chargers Move to Los Angeles: When San Diegans refused to build a new stadium, the Chargers announced their move to Los Angeles in January. The precision passes of Philip Rivers and agility of Melvin Gordon was now to be showcased in the StubHub Center in Carson. Despite their 0-4 start, Antonio Gates broke the tight end record for most touchdowns early in the season. The move also allowed nose tackle Brandon Mebane and linebacker Hayes Pullard a chance to defend their hometown. (Robert Torrence/L.A. Sentinel)