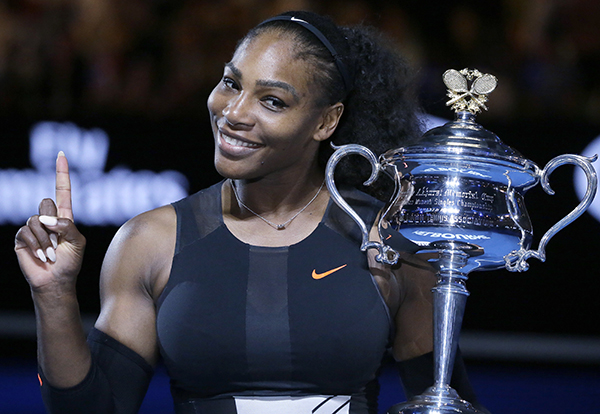 Serena Williams gets 23rd Grand Slam: In January 2017, Serena Williams defeated Venus to win the Australian Open. In the Grand Slam win, Serena surpassed Steffi Graf for most grand slams in the Open Era. The match up marked the ninth time the William sisters met in a Grand Slam Finals, Serena had bested Venus for the seventh time. Serena then returned to the throne of the No. 1 ranking, bumping down German tennis player Angelique Kerber.