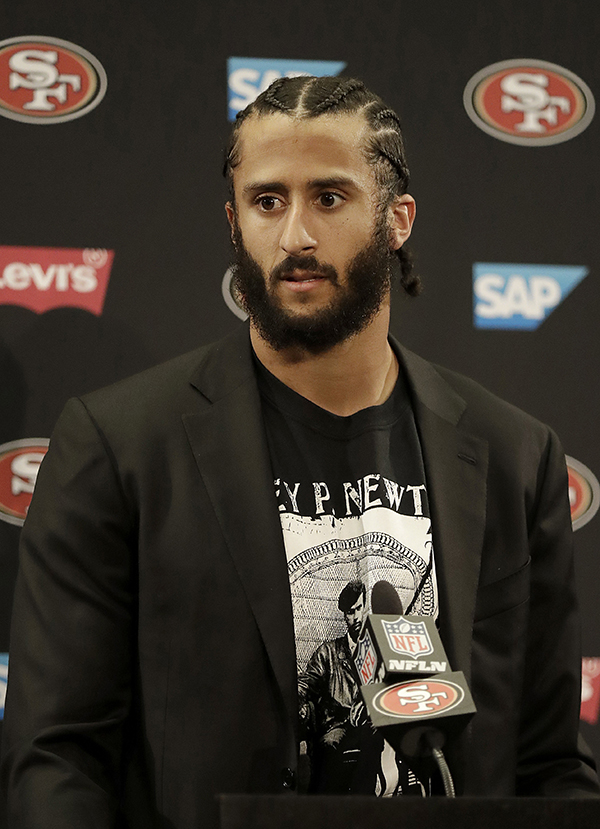 Kaepernick’s Protests Continue: In the off season, quarterback Colin Kaepernick opted out of his contract with the San Francisco 49ers. As the months went by, no team seemed to show interest. The New York Giants owner explained how fans threatened to not attend games if they signed Kaepernick. To support the free agent, members of the NYPD held a demonstration wearing shirts that say #ImWithKap. Kappa Alpha Psi fraternity Inc. sent a letter to the NFL to support Kaepernick’s cause. Many NFL players showed their support of Kaepernick by kneeling, linking arms or staying in the locker room while the National Anthem was played after Donald Trump made obscene comments on his protests.